EDMONTON—The ICE District in the city’s downtown core, complete with a new JW Marriott hotel, residential condos, and office spaces, is almost ready for the public.

It all started with the completion of Rogers Place arena, the new home for the Edmonton Oilers, through a partnership between the city and Edmonton-based Katz Group. Now, the ICE District will span over 25 acres of downtown Edmonton, with hopes that it will bring the city up to par with global hubs like Toronto, Hong Kong, and New York City. 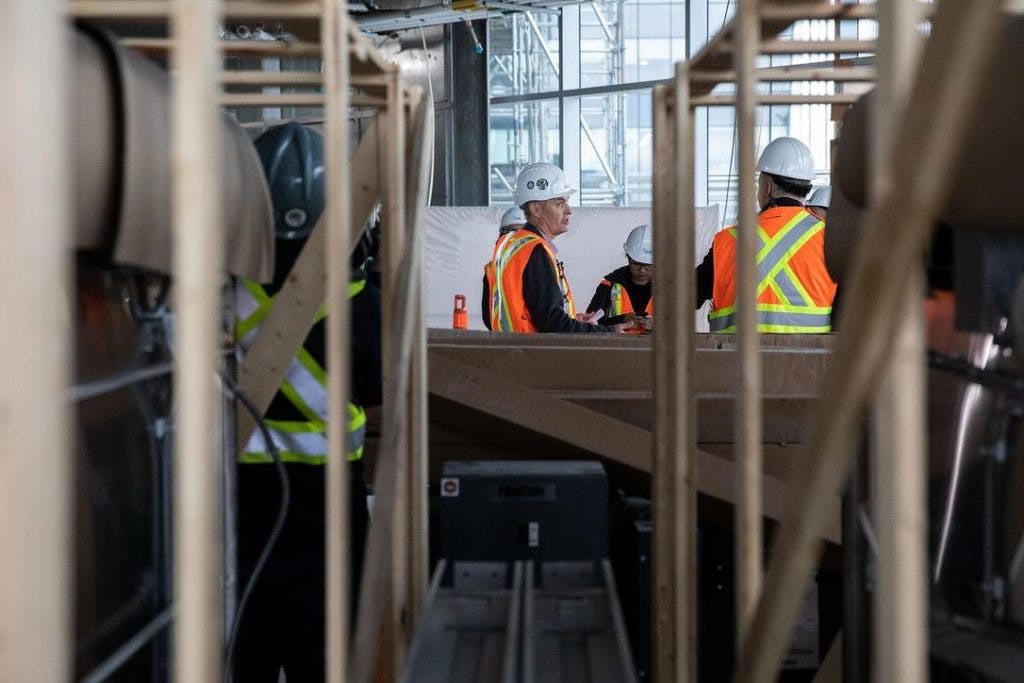 “We’re going to have amenities that are going to be of a similar scale,” said Glen Scott, Katz’s senior vice-president of real estate, in an interview with StarMetro. “Where people visiting Edmonton will go, ‘Wow, they’ve got stuff happening, and the downtown is vibrant.’”

With construction in its final stages, here are five things you need to know about the new ICE District:

2) The ICE District will feature a public plaza, which will serve as a gathering place, equipped with an outdoor ice-skating rink and a space for outdoor concerts and festivals. It will be more than 50,000 square feet, and will be located between 102 and 103 streets.

Scott said the plaza will also feature a large outdoor ad space reminiscent of Times Square in New York City or Dundas Square in Toronto, with digital screens that will be attached on the outside of adjacent towers. Scott dubbed the space as “Dundas Square on steroids.”

3) A third of the residential units have already been sold in the Stantec Tower, which will be one of the tallest structures in Western Canada, according to Scott. Units will go from as low as $300,000 to as high as $1.2 million. Units will start on the 31st floor of the tower, with office spaces below.

As for The Legends Private Residences, 90 per cent of the units have already been sold. Scott said a few Edmonton Oilers’ players will be tenants of the ICE District. 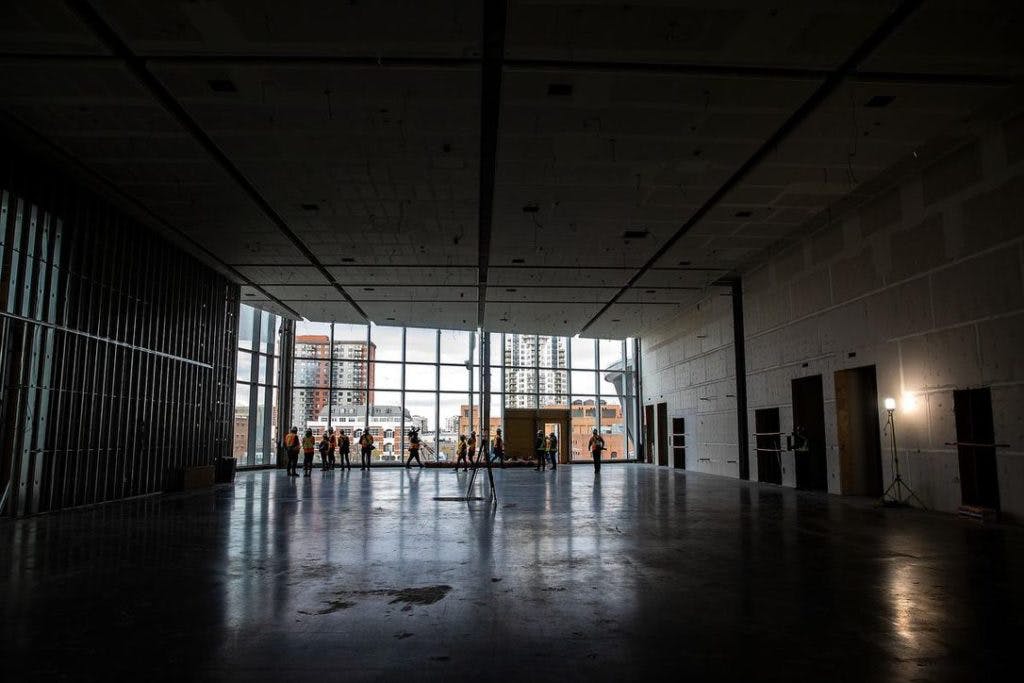 4) The JW Marriott Hotel will have the largest event space in the City of Edmonton, called the Wayne Gretzky Ballroom, Scott said. It will also have a high-end fitness space that will be open to both people in the hotel and the public, and restaurants led by Oliver & Bonacini, a company that runs a number of upscale eateries in Toronto and across the country.

The hotel will be 22 storeys, with The Legends Private Residences existing above. The entire building will exceed 50 storeys in height. Bookings can already be made online, in time for the hotel’s opening next year.

5) By this time next year, ICE District will come to life. The JW Marriott hotel is slated to open sometime between April and May, Scott said, while the rest of the space has a completion date for summer 2019.